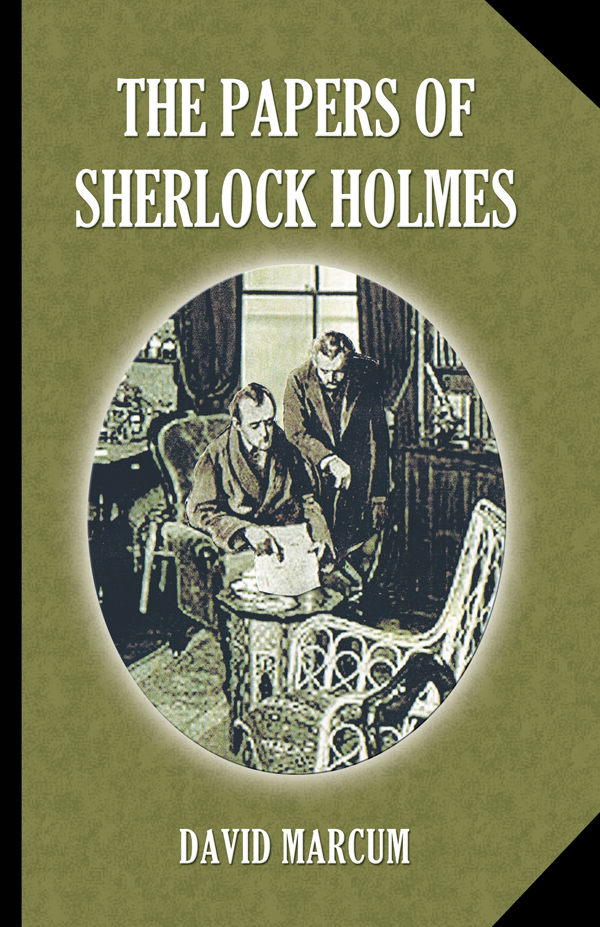 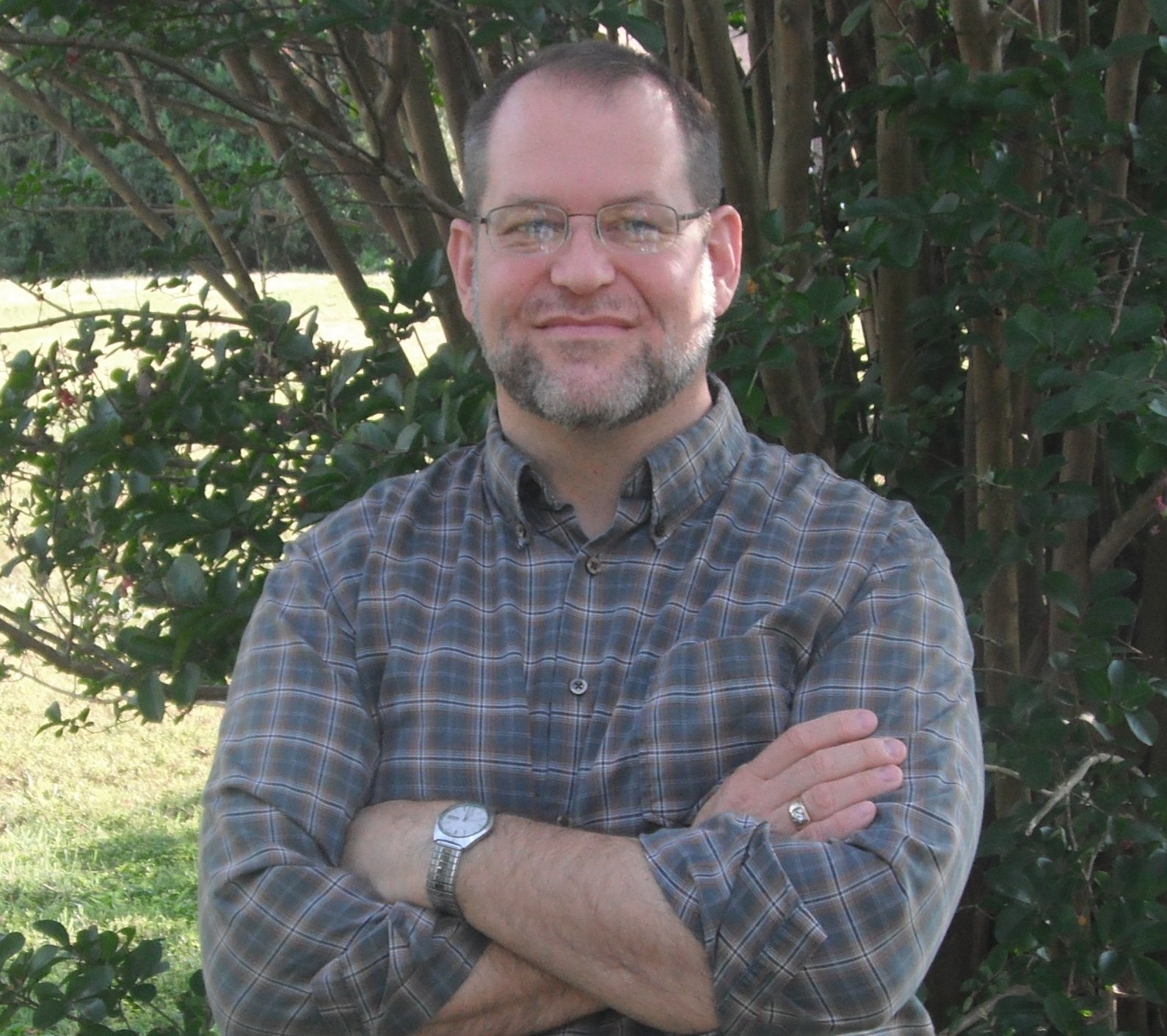 There are two versions of how this book came to be written. The first version is that I, after having spent my thirties going back to school part-time in order to get a second college degree in Civil Engineering, became employed in said field in my early forties, only to be laid off during the was it?/was it not? recession of 2008. (It turns out that it was.) Having a lot of time on my hands, and a list of chores (sweetly labeled "Suggestions" by my wife) hanging over me, I thought "What did Conan Doyle do when he was sitting around waiting for work? Why, he wrote some Sherlock Holmes!" So, after a lifetime of collecting, reading, and studying literally thousands of narratives regarding my heroes, Holmes and Watson, in every conceivable form — novels, short stories, radio and television episodes, movies, comic books, scripts, and fan fiction, as edited by other people — I was able to fulfill a lifelong dream of adding my own efforts to the Great Watsonian Over-Soul. I sat down at the computer and let the stories flow. That’s one version of what happened.

The other version is . . . I found one of Watson’s notebooks

It happened this way: During the time I was laid off, I went with my father to help clean out my aunt’s house. She suffers from Alzheimer’s and had been moved to a nursing home several years earlier. The place was a mess, and it had been an ongoing but irregular process to clean it.

On our final trip up there, we loaded up the last of what we wanted to save from the nearly empty building. My aunt had always been interested in genealogy and our family tree, and she had accumulated a vast amount of information, none of it too organized. My sister had acquired most of it since it interested her too, and as far as I was concerned she could have it. As we finished cleaning the house, I saw one old pile of papers, photographs, and notebooks that had been missed during all the other trips. Grabbing them and throwing them into a box, we loaded up and departed.

Several weeks later, while sorting through the piles, I happened to go through those papers in order to see if they should be passed on to my sister. One of the items was an old, somewhat stained, school composition book, filled with faded and rather cramped writing. My aunt had been a schoolteacher, and I assumed that this was simply some long-ago assignment from one of her students. I flipped through it quickly, just to make sure it was useless before tossing it.

It was my subconscious that saved the book from the garbage. Years of searching for Sherlock Holmes stories has trained me to observe what others only see. I can scan numerous titles for words beginning with S and H, and often they seem to jump out at me, occasionally turning out to be something containing the words Sherlock Holmes. In this case, I saw on the rapidly flipping pages a few words that would probably not normally be included in an old student essay: "The Adventure of . . . ."

As any Holmes student can tell you, that electrifying combination of words often leads to a Holmes story. But why were they in an old handwritten notebook? Had someone felt the need to copy one of the original stories as an assignment for one of my aunt’s classes? That seemed unlikely, and really a waste of time.

I started reading. And then I went cold. I’ve played The Game for a long time, but I was finally holding the real deal in my hands: These were original Sherlock Holmes cases, handwritten by Watson.

Of course, the next question was how did this notebook end up in my Aunt Wilma’s papers? Only after reading more of the volume was the question answered, and that answer electrified me even further.

My great-grandmother on my father’s side was named Rebecca Watson Marcum. I was amused in my twenties when I finally connected that I had Watson blood in me. Later, in my thirties, I was even more amused when I first heard an episode of the Sherlock Holmes radio show, "The Case of the Very Best Butter" (from The New Adventures of Sherlock Holmes Radio Show, April 18, 1948) in which Holmes tells Watson that he is distantly related to the Rathbones. For you see, my mother’s maiden name is Rathbone. At the time I first heard "The Very Best Butter," I just assumed that Holmes’s statement about his connection to the Rathbone family was a tip-of-the-hat to Basil Rathbone, who had played Holmes for so long on both radio and in the movies. Little did I know . . . .

Further examination of the notebook from my aunt’s house revealed that it contained nine of Holmes’s investigations, each from different periods of his career. Most are traditional narratives. One of the cases was quite a bit longer than the others, and seemed to answer several questions about Holmes’s family. Two of the stories involved a trip by Holmes and Watson to East Tennessee, where my family and I have lived for generations. It was on this trip that Holmes and Watson met my great-grandmother, Rebecca Watson Marcum, as well as her son (and my grandfather) Willie Marcum, and Willie’s small daughter (and my aunt) Wilma. Although there is not much mystery to this narrative, it was during this meeting that Holmes was able to fulfill an old vow.

It was also on that same trip to East Tennessee that Holmes and Watson met my other grandfather, Ray Rathbone, and became involved in a singular adventure that probably would have gone undetected except for Holmes and Watson’s presence. (If it seems unlikely that Holmes and Watson would visit East Tennessee, and in fact tread the very ground where I now live, simply consider all the other journeys that they have made to the home locations of other editors of Watson’s writings, such as their trips to Canada, as detailed by Canadian writers Ronald Weyman and Stephen Gaspar, and numerous trips to Minnesota, as edited by Larry Millett. I have no doubt that many British editors of Watson’s notes have discovered that Holmes and Watson made visits to their own hometowns as well. I have no shame in discovering that Holmes and Watson came to my hometown. If I haven’t yet made it to England to walk where they walked, it is comforting to know that they came here, to walk where I walk.)

During that journey to my hometown, Holmes and Watson visited some of the same places that I see today, explored the locations where I went to college (both times), and amazingly, appear to have visited one of my former houses and to have lodged at the very farm where my current house was later built.

Included at the back of the notebook rescued from my aunt’s house were two handwritten letters to my grandfather, Willie Marcum. One of these letters is written by Watson, and the other by Holmes himself. Watson’s letter explains that he was in the process of expanding some of his notes into full-length narratives, as contained in the notebook, and that he wanted his distant relative Willie to have the record of the case in which Willie was involved, upon its completion by Watson. The other letter, from Holmes, explains how the entire notebook was sent to Willie, and the tragic reason why. Both letters are included as an epilogue to this book.

Apparently, the notebook and letters were sent to my grandfather, Willie, and upon his death, they must have been collected and saved by my Aunt Wilma, who probably did not recognize them for what they were. I wish that I could ask her if she had any memory of meeting my heroes, although she would have been a small child at the time. Sadly, my grandfather Willie Marcum died in 1968, and my grandfather Ray Rathbone in 1976, the year after I started my study and collection of items related to the Master. I will never know from their own lips anything about their participation in the adventures recorded by Watson in his notebook. Hopefully they would not mind that their grandson arranged to have the narratives published.

As I mentioned, Watson’s old composition book was stained in places. I have had to make occasional guesses at a few of Watson’s intentions and abbreviations, and I have Americanized the British spellings. Anything that appears to diverge from Watson’s original narrative is my fault.

I wish to dedicate this volume with love to both my wife Rebecca, (who has always been more than patient regarding my fascination with the world of Holmes and Watson, a persistent form of my second — or never-ending first — childhood), and my son Dan, who is the neatest guy that I know, and who always knows a good story. Thank you both for everything!

(The 120th Anniversary of the Reichenbach Incident)